4 Reasons Why Aluminium Tubular Fencing Is Ideal For Childcare Facilities

Running a childcare facility, such as a family daycare centre or private kindergarten, involves many important responsibilities, but keeping a facility secure and preventing unwanted access is always a top priority. If you need to install new fencing or replace an existing fence around a childcare facility, you should make sure that the type of fencing you choose is both reliable and effective at deterring intruders.

Aluminium tubular fencing is a popular and widely used fencing type and is particularly renowned for providing durable, long-lasting security. This unique style of fencing has a number of features that make it particularly suitable for childcare applications.

What are the advantages of choosing aluminium tubular fencing for childcare facilities?

Tubular fences are made from slender, vertical metal cylinders, which are welded to a horizontal bottom plate and a recessed top rail. This unique design makes tubular fences almost impossible to climb, as they do not provide any effective handholds for intruders. Tubular fencing is so difficult to climb that it is commonly used as swimming pool fencing, which must be highly climb-resistant to adhere to strict national laws.

Very difficult to cut or dismantle

Tubular fences are also highly resistant to cutting tools commonly used by thieves and other intruders, such as tin snips and bolt cutters. They are even resistant to powerful cutting implements such as plasma cutters and torches and will put up significantly more resistance than a standard chain link or welded wire fence. In addition, the bolts and attachments fitted to tubular fence panels are recessed and difficult to access and dismantle.

While aluminium tubular fencing is generally more expensive than simple timber or chainlink fences, it is usually very reasonably priced when compared to other fencing types that offer comparable levels of security. Tubular fencing made from aluminium can also be expected to last for decades, even if poorly maintained. Choosing aluminium tubular fencing can be an excellent long term investment, that saves you a lot of money on future fence replacements and repairs. 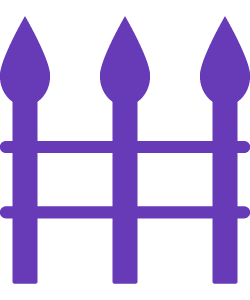 Many homeowners do not give their fence a second thought until it is no longer in a good state and needs repair or replacement. Before calling a fence contractor to discuss your next fence, there are decisions to be made. Factors you need to consider include what type of fence you want including design, colour and material. You need to think about how much privacy you want the fence to provide. You also need to ponder the height of the fence, and this is particularly important if you have pets in your garden. The ideal place to find all this information is within these posts. You can use them to help you make all your decisions before the new fence is installed.